A great combination of leeks, eggs and sumptuous cheese; easy to make, and (potentially) a great vegetarian dish, too...a quiche by any other name! 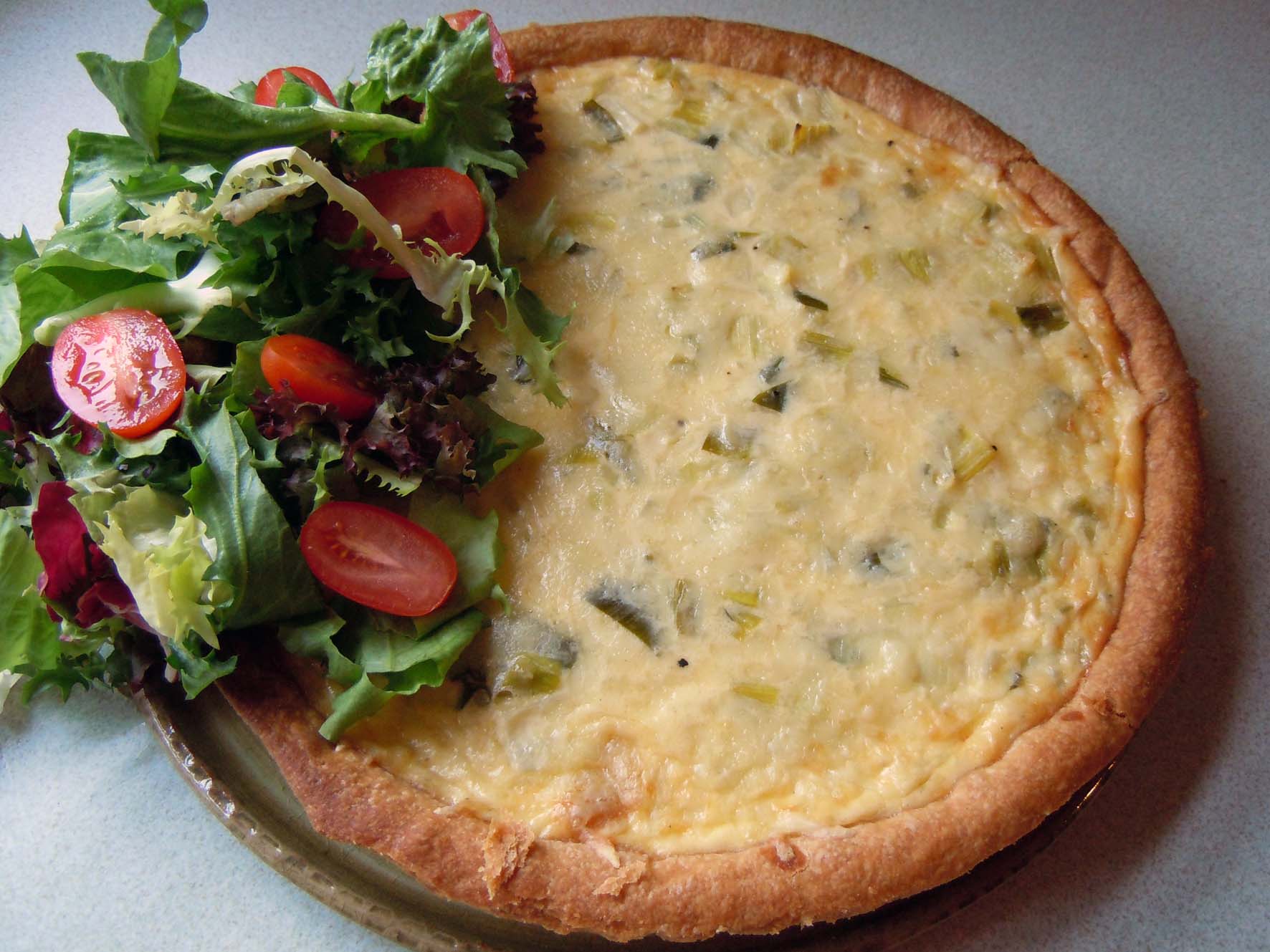 Gruyère is a hard yellow cheese, named after the town of Gruyères in Switzerland, and originated in the cantons of Fribourg, Vaud, Neuchâtel, Jura, and Berne. Before 2001, when Gruyère gained Appellation d'Origine Contrôlée (AOC) status as a Swiss cheese, some controversy existed whether French cheeses of a similar nature could also be labelled Gruyère (French Gruyère style cheeses include Comté and Beaufort, so if you want to be purist then substitute one of those).

Gruyère is sweet but slightly salty, with a flavour that varies widely with age. It is often described as creamy and nutty when young, becoming with age more assertive, earthy and complex. When fully aged (which can take up to a year) it tends to have small cracks which impart a slightly grainy texture. It is traditionally used in French onion soup, and Croque-monsieur, but in a quiche such as this it introduces a savouriness without dominating the other ingredients.

1.       Roll out the pastry on a floured surface to about 3mm thickness, and use it to line a 23cm flan case, ensuring that the lining comes up above the top of the case (do not trim it)

2.      Line with foil and then rice, pasta or ceramic beans, and bake blind for 10 minutes

3.      Remove the foil and its contents, and bake for a further 4 minutes

8.      Lightly beat the crème fraiche, milk and eggs. Stir in the leeks and most of the cheese, and season well