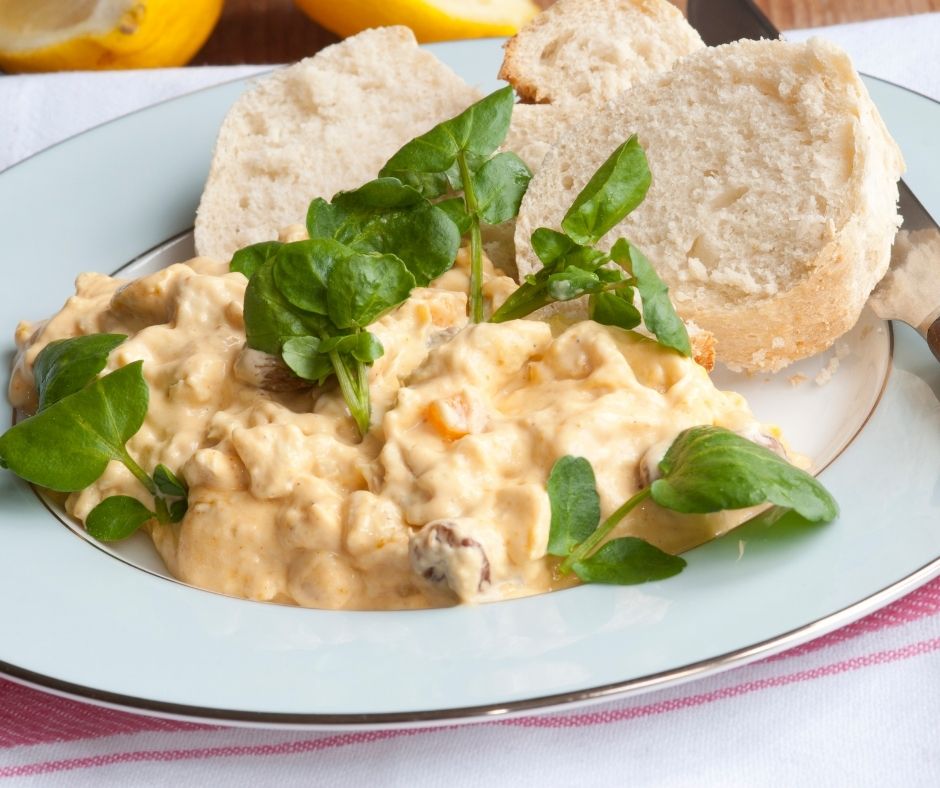 Constance Spry, an English food writer and flower arranger, and Rosemary Hume, a chef, are credited with the invention of coronation chicken.

Preparing the food for the banquet of the coronation of Queen Elizabeth II in 1953, Spry proposed the recipe of cold chicken, curry cream sauce and dressing that would later become known as coronation chicken.

Coronation Chicken may have been inspired by Jubilee Chicken, a dish prepared for the silver jubilee of George V in 1935, which mixed chicken with mayonnaise and curry.

Shredded chicken, from a pre-cooked chicken

Mix everything except the chicken in a bowl. Adjust to taste and adjust quantities for more people.

Mix the combined ingredients with the chicken.

You can leave this chilled in the fridge until you are ready for it.